ASERT Does Not Offer Crisis Services

If you or someone you love is experiencing mental health distress or thoughts of suicide please call or text 988 for support.

Data is easier to interpret when put into a visual form where multiple data points can be summarized and relationships and trends can be easily determined. When designing a visualization strategy, remember that the goal is to make the message more apparent.

One of Joe’s goals is to increase time in the community, so his team tracks the number of trips he takes in the community. Over the past two weeks he has gone out the following times:

Visualizing the data readily allows the team to see that there is an increasing trend of community outings as the week progresses with Mondays being the low point and Saturdays being the high point. This trend is not apparent from the list of days and numbers of trips. 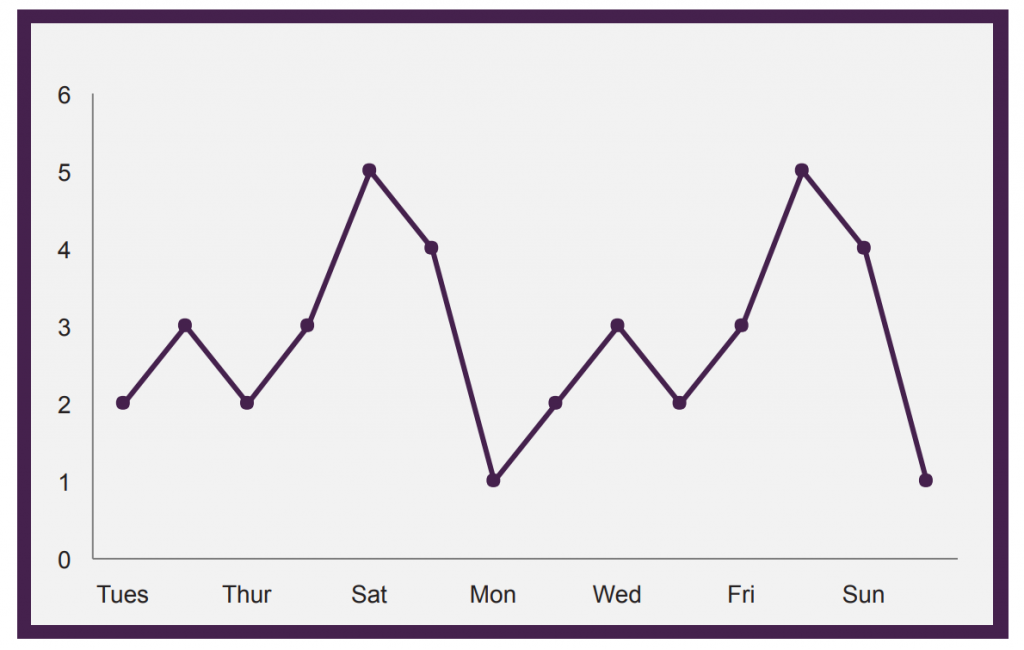 Making the Most of Data Visualizations

In general, less is more for data visualizations as it makes them easier to understand and interpret. Including too many variables on one graph can make things complicated and difficult to understand. The aim is to include as much information as you can, while keeping the design as simple as possible. 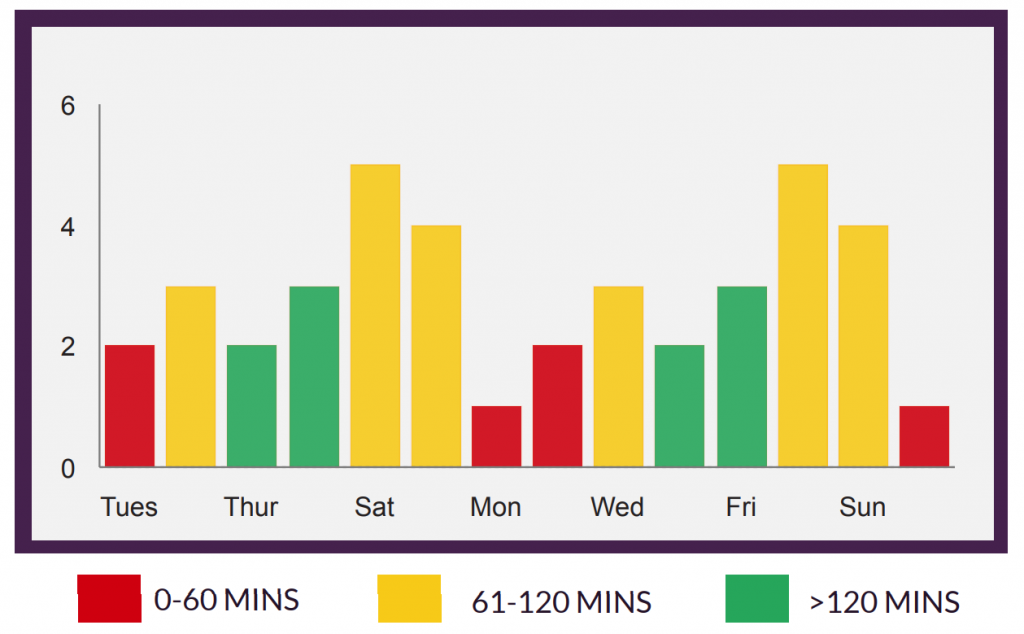 By switching to a bar graph the team can graph the number of trips on the horizontal axis and color code the bars to represent the amount of time he spends in the community. Now two points of data are being represented, allowing the team to evaluate his community outings more effectively. For example, as a result of this data visualization, Joe and his team may decide to revise his community plan for Sundays, as four outings occur but he is spending less than 60 minutes in the community. Mondays are also a concern as he’s only gone into the community once on those days and for less than an hour. On the opposite side, the team may want to look more closely at Thursdays as he’s only gone out twice those days, but is in the community for more than 2 hours. There may be opportunities there that can be used to increase his access to activities on other days.