ASERT Does Not Offer Crisis Services

If you or someone you love is experiencing mental health distress or thoughts of suicide please call or text 988 for support.

This resource, developed by ASERT, provides information for parents and families on the process of getting an autism evaluation, how to read and understand the evaluation report, as well as common assessment tools that may be included in the evaluation.

Wait for the Evaluation

You may have to wait a few weeks or longer from the time you first call until your appointment. This is often due to a shortage of professionals who assess for autism. 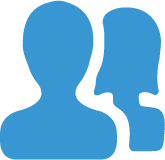 You and your child will meet with the evaluator, either together, separately or a combination of both. The evaluator will gather developmental, medical, social and any educational history, directly observe and interact with your child, may provide additional questionnaires or checklists to complete, and give the opportunity for you to ask questions and discuss concerns. They may also complete other evaluations related to cognitive functioning, adaptive skills, speech-language and occupational therapy skills. 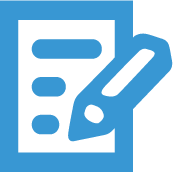 During the follow up, the provider will answer questions and make recommendations based on results to make sure you are getting the right supports for your child. They may recommend specific services such as speech language therapy, occupational therapy, behavioral supports or services within the school. This is the best time to ask questions and to make sure you understand the results completely.

An observational screening measure that assesses early developmental milestones for children between birth to 7 years, 11 months.

This test measures a child’s receptive and expressive skills as related to early childhood academic achievement. It is used with children between the ages of 3 and 6.

This is a brief assessment tool used to assess for potential developmental delay from birth to age 5 years. It is individually administered and takes approximately 15 minutes.

The WPPSI-IV measures general intelligence for young children ages 2 years and 6 months to 7 years and 7 months.

This is a nonverbal test tool that allows an evaluator to measure general intelligence when that child has barriers in verbal communication. It can be used to evaluate individuals from age 6 to 89 years.

This tool measures general intelligence and can be used for students from 3 to 18 years of age. It takes anywhere from 25-55 minutes to administer for the core battery or 35-70 minutes for the core plus additional subtests.

This tool can be used for ages 3-75 years to measure intelligence and cognitive abilities. It is appropriate for individuals who are cognitively delayed and appropriate for children on the autism spectrum. It takes 20-45 minutes to administer.

This is another nonverbal intelligence tool that can be used from ages 6 to 89 years of age. It can be administered in 15 to 20 minutes.

This nonverbal intelligence test can be used for ages 5 years to 21 years. The abbreviated test battery that takes only 10-15 minutes and there is a standard batter that has an administration time of 30 minutes.

This assessment tool is most commonly used in the school setting. The WISC-5 is an intelligence test used with children from 6 to 16 years old. It measures broad cognitive domains of verbal comprehension, visual spatial, fluid reasoning, working memory, and processing speed.

This assessment tool has been around for a very long time and is now in its 5th version. There are multiple subtests that take from 5-10 minutes for each subtest administration time. It is a useful tool at the extreme levels, i.e. mental deficiency or gifted ability. It can be used for individuals from ages 2 years to 85 years.

This is a widely used measure of oral reading fluency and comprehension for ages 6 years to 23 years 11 months. It is individually administered and takes approximately 20-30 minutes.

This is an in-depth academic achievement battery that can be used for individuals from 4 years to 25 years 11 months. The scores reported age and grade standard scores, age and grade equivalent scores, percentile ranks, normal curve equivalent scores, stanines, and Growth Scale Value scores. There is also a brief version that examines reading, math, and written expression.

This is a gold standard academic achievement assessment tool. The age range for use is 4 years to 50 years 11 months old. It is used in both educational and clinical settings. The completion time depends on the number of subtests used beyond the core battery.

This tool assesses basic reading, spelling, and math skills for individuals from 5 to 94 years of age and takes less time that those listed above.

This is an individual assessment of reading skills for both children and adults, from 4 years 6 months to 79 years 11 months of age. It is one of the gold standards in reading assessment. Scores generated include standard scores; percentile ranks; age and grade equivalents; Relative Performance Index (RPI), Growth Scale Value (GSV); and cluster scores for Total Reading, Readiness, Basic Skills, and Reading Comprehension.

Part of the Woodcock-Johnson IV assessment battery, the WJ-IV ACH measures broad and narrow achievement in the areas of reading, writing, and mathematics. It is used for individuals from 2 through 90-years-old.

The Achenbach System of Empirically Based Assessment (ASEBA)

This comprehensive assessment system includes behavior rating scales for children as early as 1.5-years-old through adulthood. Childhood assessments can be administered to parents (Child Behavior Checklist: CBCL), teachers (Teachers Report Form: TRF) or self-report (Youth Self Report) for children ages 11 – 18. Adult forms are also available for self and other reporters starting at individuals 18 years or older.

This tool assesses behavior in terms of the following broad categories: Externalizing Problems, Internalizing Problems, Behavioral Symptoms, and an Adaptive Skills Index. It can be used from ages 2 years to 21 years 11 months. It includes a parent, teacher, and a self-report version. Scores are reported as T scores and percentile scores.

This behavior rating scale is administered to the teachers and parents for ages 6 to 18 years of age; for the older students, there is a selfreport version from ages 8 to 18 years of age. The completion time of these forms varies but is generally completed in 15-20 minutes.

This is a “gold standard” observational assessment of autism spectrum disorder administered by a trained professional. It can be administered to children between 12 – 30 months using the Toddler Module. Children starting at 31 months through adults are administered either Modules 1, 2, 3 or 4. This test takes between 40 – 60 minutes to administer.

This standardized, comprehensive interview is administered by a trained clinician to collect a comprehensive developmental history and current behavior and evaluates possible symptoms of autism spectrum disorder. Administration and scoring of this measure takes between 90 -150 minutes.

This is a rating scale that helps identify autism. It is used from 2 to 18 years of age and takes 15 minutes to administer Childhood Autism Rating Scale, Second Edition (CARS-2)and score.

This inventory helps psychologists determine possible symptoms of autism spectrum disorder. It includes a questionnaire for parents or caregivers. The CARS-2 can be used with children from 2 years and up.

This is a brief rating scale that helps identify autism. It is used from 3 years of age to 22 years old and takes 15 minutes to administer and score.

This is a rating scale that helps identify autism. It is used from 2 to 18 years of age and takes 15 minutes to administer and score. There is a preschool, school-age, adult, and adult-self-report form. This measure can be completed by caregivers or teachers.

This tool assesses adaptive, self-help skills from birth to age 89 years. Behavior rating scale forms are completed by parent, caregiver, and teacher, and there is a self-rating option for adults. Forms take 15-20 minutes to complete.

This tool assesses adaptive, self-help skills from birth to age 90 years. It is the gold standard for adaptive behavior assessment and clinical agencies use this tool routinely. There is a Spanish version of this tool. There is an interview form, parent/caregiver form, and teacher form.

This tool is a rating form of executive function, which impacts on selfregulation among other areas. It is used for students 5-18 years in age and takes approximately 15 minutes to administer. It can be completed by parents, teachers, or a self-report form for children 11 – 18 years.

The D-KEFS is an individually administered assessment battery used by psychologists to test executive functioning skills in children and adults. This can be used with individuals from 8 through 89 years. Completion time varies by the subtests selected by the clinician.

The NEPSY-II is an assessment battery used with children 3 to 16 years. It measures a broad range of executive functioning and can be tailored to the child’s needs.

This auditory processing test is often used as part of a neuropsychological assessment battery. It measures auditory verbal learning and memory ability in individuals 6 years 6 months of age to 17 years 11 months of age. It is individually administered.

This tool is used to assess cognitive processing ability and is often used in conjunction with a traditionally used intelligence assessment tool for students from ages 4 to 18 years. Assessment with this tool takes approximately 40 minutes.

This assessment tool is generally used by speech/language evaluators, but can be used as part of a reading assessment by a school psychologist or reading specialist. It is used to assess phonological awareness, phonological memory, and rapid naming in students from 4 to 24 years of age.

This is a comprehensive battery to assess language, including reading comprehension, writing, and social language skills. This test is often used to determine eligibility for speech-language services. It can be used for students between 5 and 21 years.

This tool assesses for visual-motor integration and can be used from ages 5 to 85 years of age. It takes approximately 5-10 minutes to administer. It can be used in the educational setting by an occupational therapist but is more often used in a clinical setting.

This tool is generally administered by a speech/language therapist to assess oral and written language problems. It can be used from ages 3 to 21 years of age. It takes approximately 20 minutes to administer to the individual.

These are complementary assessment tools often used in school settings. It provides direct comparisons between expressive (EVT-3) and receptive (PPVT-5) vocabulary performance. There are two equivalent forms of this assessment tool which permits one form to be used prior to intervention to assess a student’s vocabulary word knowledge and the alternate form is used in reevaluation to determine and document progress. It is used often in diagnostic testing in the Response To Intervention models, for universal screening, and in speech/ language evaluations to determine strengths and weaknesses in language.

This assessment tool is considered the gold standard when examining the relationship between reading and processing speed. It assesses the individual’s ability to recognize visual symbols. It can be used from ages 5 to 18 years and takes approximately 10 minutes to complete.

This is an assessment tool for memory function from ages 5 to 59 years of age; it is individually administered. The core battery takes 30 minutes, and the supplemental battery takes an additional 30 minutes.